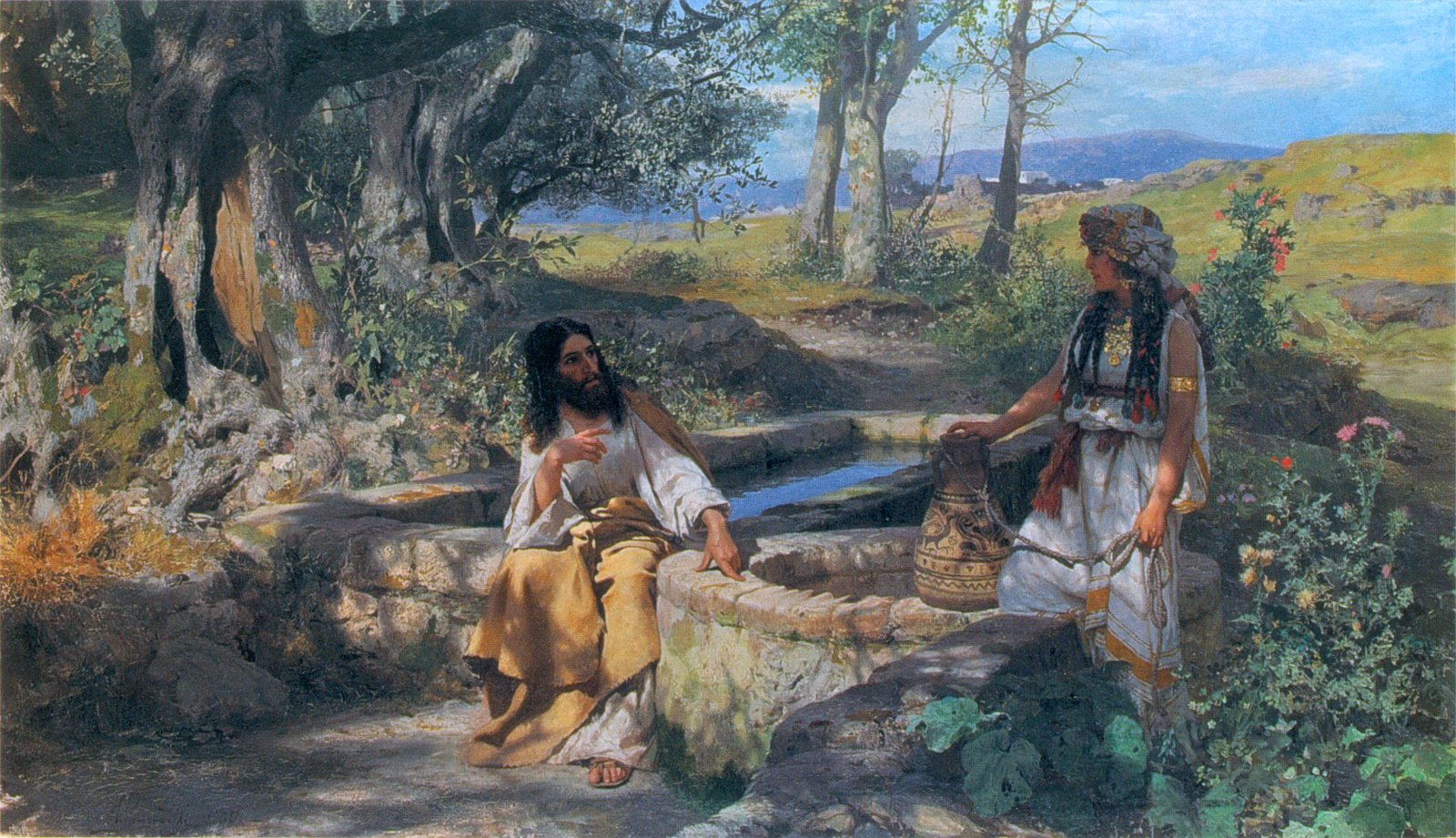 The meeting of Jesus and the Samaritan woman happened early in his ministry. He was going back north on foot to Galilee after a short visit to Jerusalem. Samaria was in-between both places; the people, the Samaritans, were children of Jews who had inter-married with gentiles for many generations. Sadly, they were considered impure by Jews, and contact with them was strongly forbidden by Jewish laws.

Relationships between Jews and Samaritans were often hostile, bitter, full of mistrust and pain. So it was a shocking surprise to this woman in the passage from Chapter 4 of the Gospel of John that Jesus is speaking with her, and even asking her for water. Adding to her surprise was that Jesus knew all about her five failed marriages, and about her current living situation with a man who was not her husband.

A normal Jewish religious leader would not associate with this Samaritan woman, but Jesus did. He not only interacted with this woman, he did not condemn her, he instead offered her redemption and salvation. This woman who came to the well to draw water alone with no friends coming with her as was the custom back then; a woman with a bad reputation; with deep emotional wounds; found a savior in Jesus.

This woman’s story in John Chapter 4 shows an aspect of God’s character revealed in Psalm 147:1-3 (God’s Word Translation) –  Hallelujah! It is good to sing psalms to our God. It is pleasant to sing [his] praise beautifully. The LORD is the builder of Jerusalem. He is the one who gathers the outcasts of Israel together. He is the healer of the brokenhearted. He is the one who bandages their wounds.

John Chapter 4 is about Jesus truly bandaging the wounds of outcasts, bringing salvation to a troubled woman and to a despised people. This woman with no friends to accompany her to the well, was so full of joy and went to call everyone in her city to come see Jesus. He spent two days there and we are told that: Many Samaritans in that city believed in Jesus because of the woman… (John 4:39).

What is it that could be causing you deep inner pain? Failed relationships? Unsuccessful career? Financial hardship? Health problems? Discrimination against you because of racism, because of your ethnicity and tribe, because you are a woman, or because you believe in Jesus? What is it that has left you brokenhearted?

Don’t lose all hope; look to Jesus, connect with him through prayer – He is the healer of the brokenhearted. He is the one who bandages their wounds.